A downloadable game for Windows

This is not a horror game. No... It is accurate simulation of schizophrenia based on empirical data gathered by psychologist and psychiatrists.
My goal was to create an accurate atmosphere and perception of reality of schizophrenic. During the game you will come through all symptoms of progressively aggressive schizophrenia: anxiety, paranoia, nightmares, delusions, amnesia, sound and visual hallucinations.

Schizophrenia may have different symptoms. This game recreate rare schizophrenia with almost all possible symptoms to show the whole problem of the disease.
Of course, comparing to the real schizophrenia all simulations are poor representation.

i played this game in my channel on youtube, i'm from brasil and i liked so much how is angusting to play and how is terryfying
congratulations

and, what is the code of the safe? kkkkk

What's the music in this game?

i get scared easily... i want to know if the game is scary... someone please help lol

It is scary, but it's not too bad. Although it takes a bit for me to get scared, this one gave me a few lil spoops

It scared the crap out of me lol

This was quite an experience, the game has some interesting designs, and I love the blur effect in the maze that makes it appear something is around every corner.

It keeps crashing for me, does anyone know how to stop the issue? It lets me play for about a minute, the furthest it let me get was the stairs.

Since I have Schizophrenia, thought I would review this game on how accurate it is! (I also played the game :D)

I have done one Schizophrenia Simulation before, but it was solely audio based and it lasted about an hour and a half. I learned a lot from it, but based on this simulation, I would say I am more empathetic and know more about this now than I ever have. This was marvelously constructed and it's very nice to see something so serious being taken serious, and being talked about in a serious light. I recorded my experience of this simulation, but I would highly suggest experiencing this yourself before watching any video on it at all.

This game is a really intense simulation. I felt fear and sadness when playing it, things I've never felt before with another game.

I'm diagnosed schizophrenic so I decided to check it out. Even though every schizophrenic has a different experience, it is a very accurate representation of the illness and I'm glad I was medicated and stable before playing.

I got sooooo lost in that maze I thought I was never going to get out. Really good game though, very unsettling.

I downloaded the game but there's no app for it. just a .rar file and it doesn't do anything. any help?

I've been trying everything and it doesn't give me an option to unzip the rar file :/

download rinrar and make sure you have it set to unzip .rar files in the settings then open up the file and extract it and it should wourk

that worked! thanks for the help

I wish if I could support you awesome game

I think I saw vr-related stuff in the game folder (openvr).. Does that mean there's a way to .. erm.. experience it with, say, oculus rift?

Oh, you even made a drug simulator. Let's see now.

It was a good simulator, never had schizophrenia, but it has done a great job to show what it feels like. The camera field of view, random locations, not being able to sleep and be at rest was just amazingly interesting. It was all dynamic and smoothly made, not being weird just for the sake of being weird, i actually think it was all well crafted.

I'd like to ask @ChappyPine for some more information regarding this simulation, could you please suggest a platform for me to contact you on? Many Thanks - Eddie

It was an impressive game.

That felt very specific, random and story-based...like it's a game, not so much a simulation...but that was cool

An amazing simulation, although it isn't very clear what to do or where to go sometimes to progress.

When I click the .exe file it shows UE4 crashing and it doesent let me play...

I can't say we understood it but it was an experience :P

I played this a while ago and it really helped me understand how bad schizophrenia is for someone suffering from it. This game put me in their shoes and it did not feel good. Thanks for bringing more awareness to this topic!

It was REALLLYYYY laggy for me :(. I don't know how to fix this.

Unfortunately the game is poorly optimized for middle range computers. There is a few mistakes in code. Sorry.

this game poopoo caacaa :( i tried to drink soy and it didnt work. 0/5 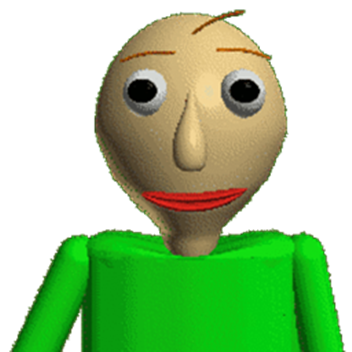 hey bro thats pretty cringe of you, first of s*y is what caused my horrible case of schizophrenia and I implore you not to use that word, second of all my cock and balls are itching to slather their sweaty excretions all over your sensual lips~

THIS WAS REALLY GOOD. ONE OF THE BEST HERE ON ITCH.IO.

Keep up the good work.

Went through it multiple times.. still gives me the creeps. Good experience.

But I do dare say; there's some missed opportunities.

1) What's the point of telling us to call Dr. Bleuler (think that was his name?) if we then can't? Idk what he could do to help tho. Maybe some calming words?

2) Would be cool if there was a way to a good ending. Like "took only proper dose, went to sleep" and woke up better.. Cause, that's what's helping; proper medication. While an overdose can do stuff to you..

3) Maybe being able to actually paint something on that canvas. Just to enhance the immersion a little more (not that it needs that..)

4) A few more hints as to why it's these weird demons. Why the voices keep talking about hatred, killing and stuff, especially. Basically; story. I know it's not meant to be a game, but it'd add some dept to the whole thing.

I am not the game's developer. However, I'd like to answer your points with my limited experience of mental illness, and how it can affect the human psyche. I apologize for the amount of words.

1)When you are on test medicine, you are treated as a test subject. Usually, if a test subject calls for the medicine not working to the point of being uncomfortable, they are told to get off the medicine, and in order to be a test subject you cannot take any other types of medicine that produce the same affect(as it could ruin the study). Many test subjects would rather keep trying the medication to get a reaction then call a doctor that treats them like a number and tells them to get off all medicine.

2)I don't know if you missed this point, but I'm sure you noticed the medication had no effect, which is needed to show the full range and strength of the illness. Taking it as directed would most likely produce the same result. While it is always suggested that one should stay calm and take care of oneself byu following all of the doctors orders, you might just be more mentally stable and healthy to realise that, while someone desperate for help would try anything to get better . . . many resulting to suicide. When it comes to mental illness, "good endings" result from friends and family giving the sufferer emotional strength and support, and while it's important to remember this, the simulations one main goal is to show you the experience of a desperate schizophrenic.

3)That indeed would be cool, but I think that might detract from some of the overall feelings the simulation wants you to feel, such as "You are not in control of your environment or self" and, "You are not allowed to relax". Nice idea for a game, maybe not this one ;)

4)Everyone has different kinds of deamons, most commonly sourced from childhood trauma, though that is not the case for everyone. Because of the little we know of the character, and basing on their actions, I took the "hatred, killing and stuff" to be their inner perspective of themselves. The mangled bodies could also represent themselves, but it could instead represent their view of strangers or intruders into their lives, people they feel unsafe around.

No, I'm not the developer of this game, but I understood how to answer your points from my own experiences. I hope it helped, even if it's overly wordy and nonsensical. :)

2) That's the question.. is it really 'not effective'? As far as I know, some medications worsen the sickness slightly before kicking in. Especially if it's a test medicine that does stuff to the chemical balance in the brain. Overdosing might tip the balance in the other direction, not for the better though. :D Theoretically spoken, not sure if it's correct, you may know better than me. But especially overdosing anti-psychotics can actually kill a person, from what I've heard.
What if these demons are the progressing poisoning and the "bad" end is the end result (permanent brain damage)?
It's a test medicine; the actual dose may be too high to begin with. Or too low - some stuff does weird things with your body if it's low-dosed. Another idea is that the demons "want" to avoid getting "killed" by the drug - thus it'd be effective to a degree, but just not enough o.o Which'd make you right again. So much room for interpretation :D

3) Up to a point, painting seemed to have helped that patient though. He/she depends on it immediately to "calm themselves". Otherwise the demons would've won long ago. Right? Idk much about Schizophrenia, but can it actually worsen to this point? Other than the drug causing it to basically explode into the patient's face. I mean.. somehow it all goes downhill after the pills are taken repeatedly.

4) Oh dear, maybe mobbing at school? Thus that labyrinth thing with *lots* of them around?

:D Also, if you're not the dev, who is? Always thought people could only upload their own stuff on here.. Heh, sorry for being a pest :D

This was a great experience. We enjoyed it very much.

i liked this game, creeped me well enough haha, but i got almost dizzy by fish eye view xD nice work!

Reply
Nobody1 year ago

This was terrifying. I sure as hell experienced schizophrenia.

Was quite skeptical at first, because using the word simulator binds to some responsibilities about what you are representing, but then a lot of elements were indeed present. I enjoyed the experience, this is some good work. Makes sense as a game and a simulator.

Really good game! Honestly gave me a bit of anxiety! Made a video, hope you enjoy!

Very nice i really enjoyed this one ...Something different for a change....
Reply
jordanthompson2 years ago

Very impressed. I went in not knowing the seriousness of the tone, but I felt it gave a likely sliver into the horrifying condition that Schizophrenia likely is. Great job dev. 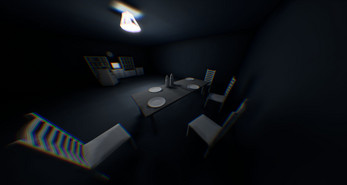 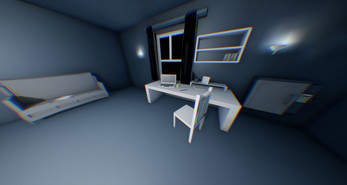 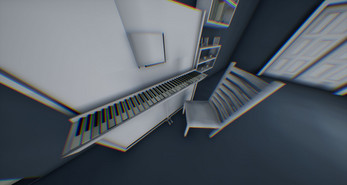 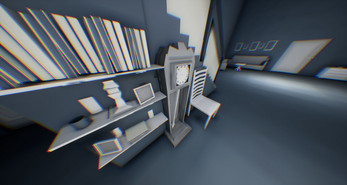 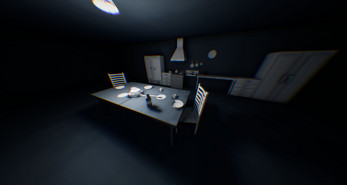